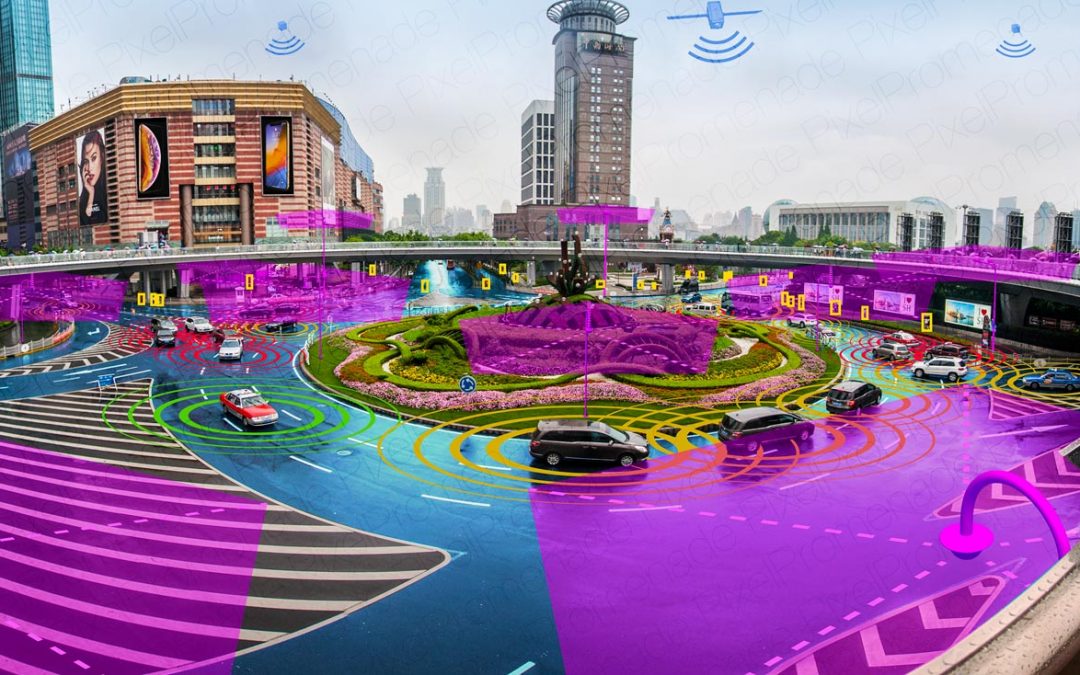 How to Prevent Autonomous Vehicles Deciding About Life and Death?

How to Prevent Autonomous Vehicles Deciding About Life and Death?

Vehicles to Decide on Whom to Hit and Whom to Spare

In expert interviews, conference talks, or articles like this one by MIT’s Technology Review magazine the necessity of autonomous cars to decide about life or death in a matter of seconds have been described repeatedly.

Picture the following situation: An autonomous vehicle drives along a street and all of a sudden it is confronted with people crossing right in front of it – an old grandmother on the one side and a group of children on the other. Of course it could also be two seniors and a small family of three, a nurse getting to the hospital in his or her work outfit and a person possibly being a banker, in business attire, equipped with a suitcase and talking into a smartphone.
Because of the people crossing the street right after a curve, and buildings as well as other vehicles blocking the view, the car’s or truck’s sensors were not able to trigger the braking process beforehand. It is too fast and therefore not able to come to a stop in time, maybe rainy weather is also causing the street being more slippery this day. Lastly, there are two options only for the vessel to react, hitting the grandmother, the seniors, or the nurse; or hitting the children, the family of three, or the banker. How shall the Artificial Intelligence inside the vehicle decide, whose life is probably more valuable and therefore to spare?

This classic scenario is taken as an explanation and warning for Autonomous Driving first of all being in need of ethical guidelines and clear procedures, allowing the vessel to come to a “right” decision, whatever this might be – and should it even exist in the first place, which the author of this article highly doubts.

Of course this story is speaking to us and appears to make a lot of sense. It tells about what one can experience in everyday traffic situations on a regular basis. Indeed, people steering vehicles need to react to people or also animals suddenly crossing the street – even if most of the times probably not have to choose between hitting either kids or seniors; or it could be about avoiding being hit by objects falling from trucks driving ahead. Our human senses limit our ability to really think through whom or what to hit or not under such circumstances, though. But today’s technology would be fast enough and able to take over, wouldn’t it?
And yet, is this really the right story to tell and the right or at least most pressing question to ask? Why is it that Autonomous Driving is so often described as vehicles stuffed with sensors, fully independently observing the traffic situation surrounding them and finding proper measures of response single-handedly?

No Need for Vehicles to Decide or to Harm at All

Fact is that other technologies and approaches do exist and are improved constantly which makes a scenario as described above rather unlikely. With sensors of all kinds becoming cheaper by the day and even so reasonably priced, utilising them on a very large scale would not only be economically feasible but also advantageous next to other solutions.
However, with sensors being ubiquitous, vehicles deciding autonomously on life and death will become obsolete before they even really conquered the market. Additionally, situations of people being hit by vehicles would most probably also become ones of the past.

An Alternative and Preferable Traffic Scenario

Beginning in the urban centres of today and increasingly so in those of tomorrow, urban infrastructure will make cities, towns, down to villages, and everything between and connecting them a lot smarter and also highly responsive. Streets will measure pressure and weight of vessels on them, they will sense temperature, humidity and motion, they can generate needed energy and act as information displays. Cameras, radar and lidar systems and advanced traffic lights at crossings or other critical spots help predicting vehicles’ and other traffic participants’ behaviours and cover blind spots.
There are growing satellite constellations of various sizes in Earth’s orbits which track the weather, establish communication streams, provide navigation data and via remote sensing guarantee an extensive while impressively detailed overview, with improving resolutions and increasingly also in real-time. And last but not least, vehicles themselves add their own sensory data, they communicate with each other (“V2V”) and with the infrastructure around (“V2X”).

Everything interconnected in an overall traffic network will assure that each and every road user will be seen and taken into account at any given time, as well as in every light and weather situation, without the need of touching any privacy issues, when done right. A system like this would have learned about the possibility of people or animals crossing the street long before any vehicle even got close. Every single vessel would be informed way ahead of actual decisions having to be made about different response options that avoid accidents, harm, and damages of any kind. 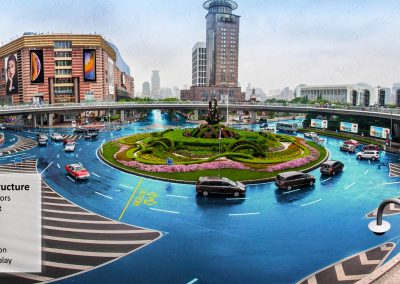 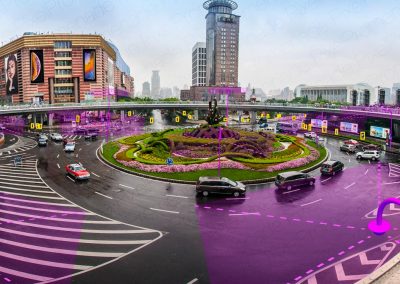 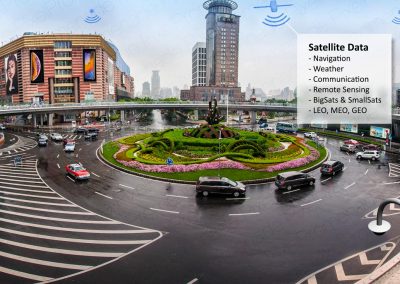 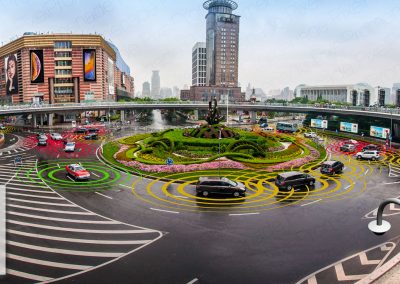 Then what would be needed to design, plan and realise such a vastly complex traffic environment? It is the very same approach that many industries and fields have been asking for more often and louder in recent years:

“Silos” have to be opened up inside of organisations and beyond, they and all people involved and competencies relevant need to collaborate. No matter if natural partners, competitors, or entities which did not even know about each other before, the probability is very high that each of them have something to learn from another and to teach in return. They might have common goals or at least ones being related to some degree.
It is city administrations and urban planners, architects, automotive companies, various suppliers from technical industries, socio-political and socio-economic, and environmental stakes, and a lot more to be brought together. In the era of the ‘Industrial Internet of Things’ or ‘Industry 4.0’ IT-based networks, platforms, and tools are the means to empower this kind of interdisciplinary and cross-sectoral collaboration.

Get in touch for more information